Brooklyn Embroidery offers state-of-the-art deluxe embroidery using some of the most advanced commercial technology on the market today. About two years ago, as the pandemic swept across the world, many of Brooklyn Embroidery's competitors were forced to close down their business. 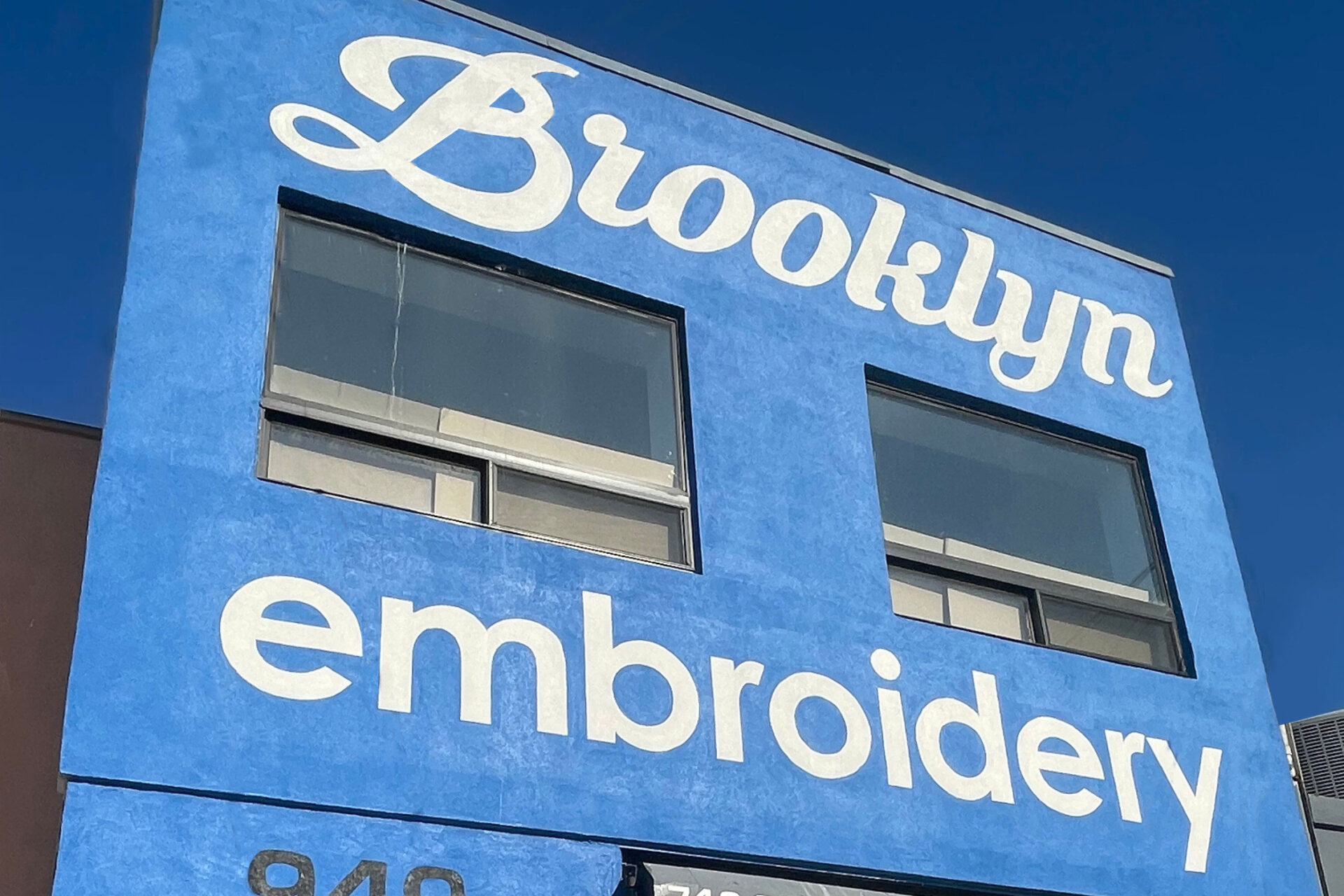 – We were at a crossroad. We got many requests from our clients, but their designs were impossible to deliver using traditional embroidery techniques. If it was printing, fine, but the possibilities in the embroidery design were too limited. We had to make a big decision.

Searched the world to find Coloreel

Brooklyn Embroidery decided to invest in the latest technology and searched the world for the best equipment and technology in embroidery. 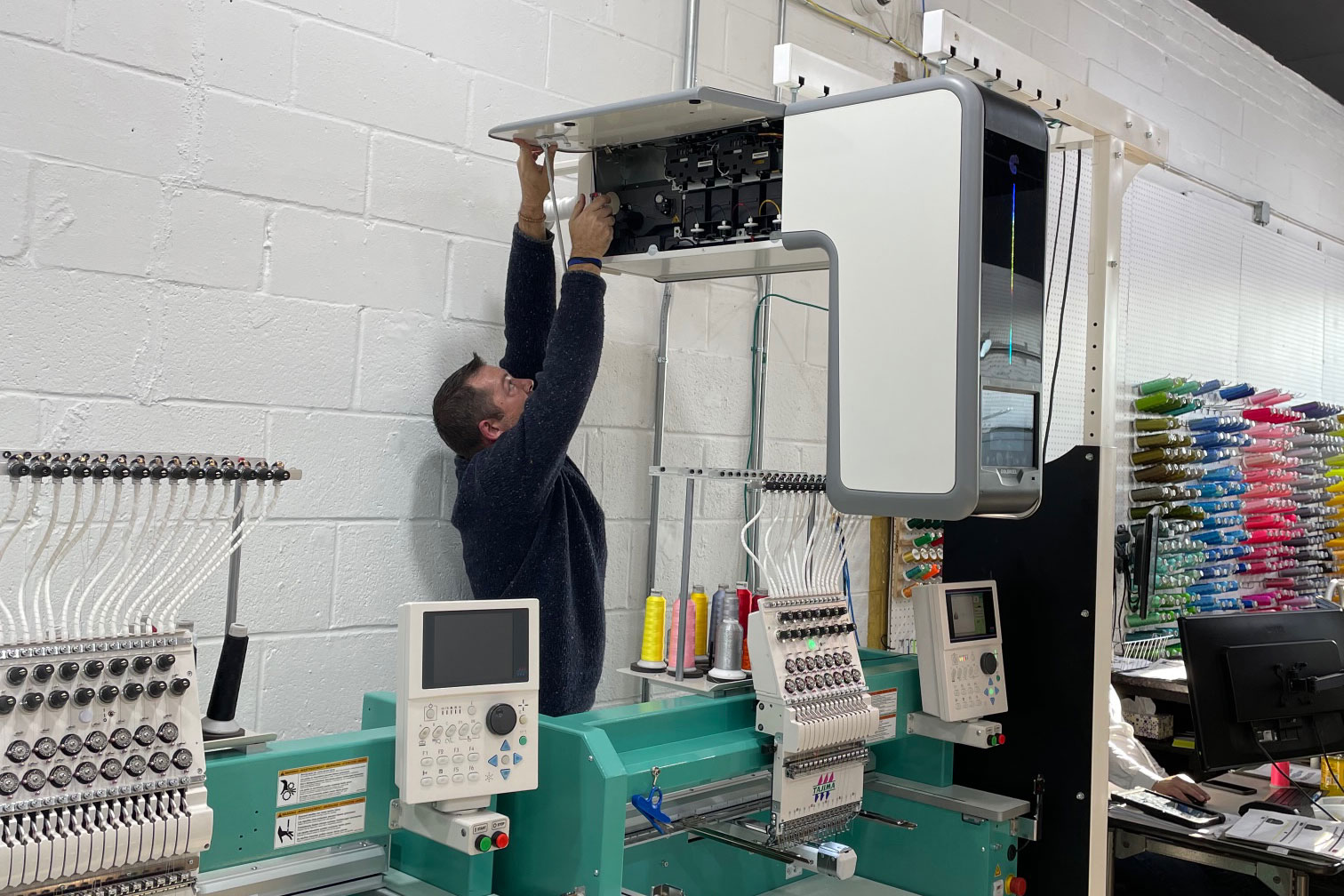 – That's when we heard about the Coloreel technology. At first, we thought the technology was very farfetched and way out of the box, probably something that didn't work.

Coloreel was the starting point – the business started to grow

Brooklyn Embroidery did their research and got surprised. Coloreel technology provides something that hasn’t been seen in the embroidery industry – using one thread, that is instantly colored, is a sustainable solution as well as it gives design possibilities beyond imagination. Jon reached out to Coloreel and said:

– We were able to acquire one of the first few machines here in the United States, and I’m happy we did. That was the starting point, from there, our business started to grow.

Generations in the garment industry

The family of Brooklyn Embroidery has been in the garment industry since the 1950s. It all began as an army-navy store offering military clothing such as tactical uniforms and camouflage clothing. Recently the family decided to spin off a division; Brooklyn Embroidery, which does both their in-house products, as well as provide wholesale and contract embroidery. 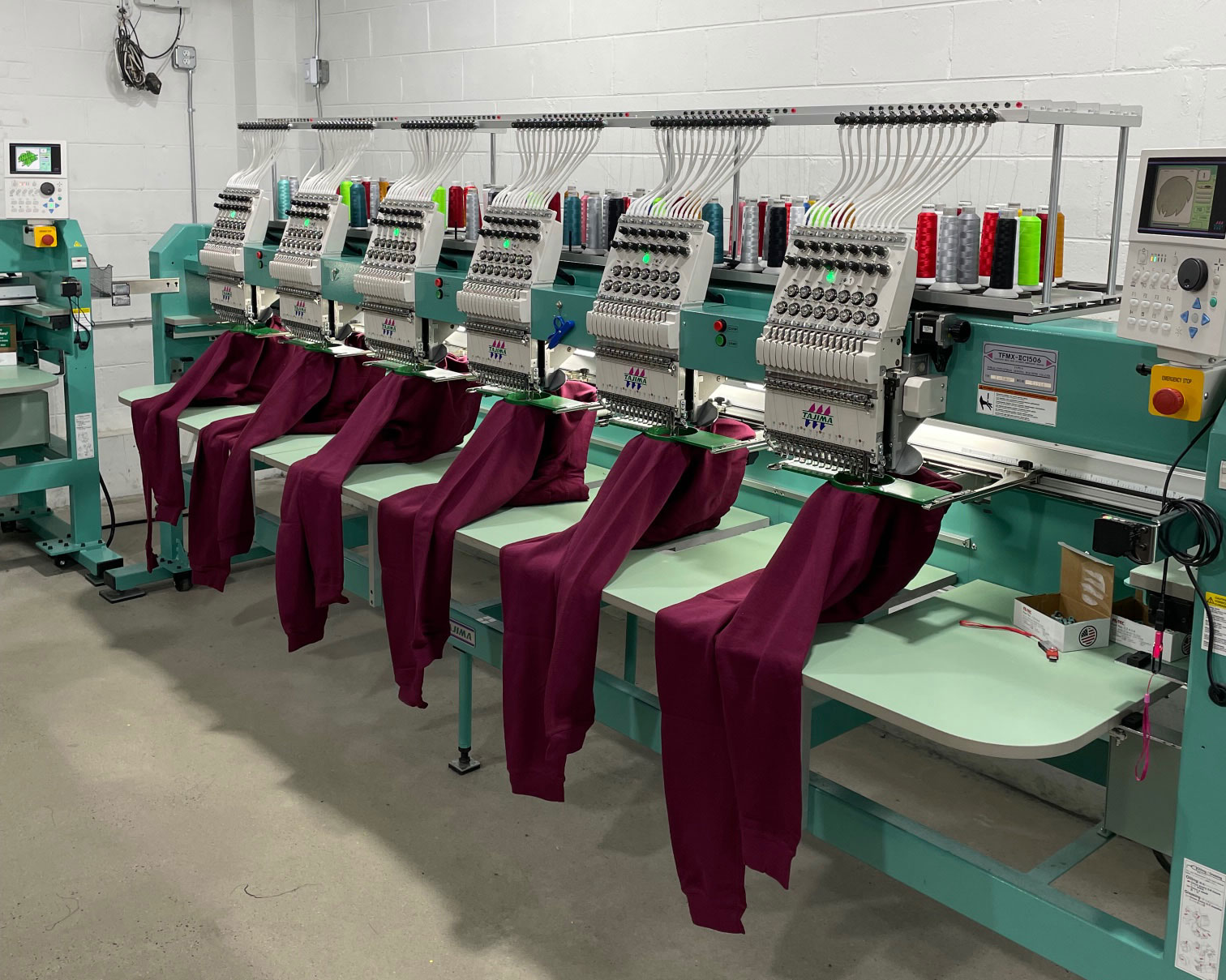 – In the embroidery and industry today, many people go into retail or online retail. We wanted to stay away from that and instead focus on B2B, wholesales for business, schools, and other industries.

Coloreel was able to do something nobody else can

When Brooklyn Embroidery looks back on the journey, they are happy that they found the Coloreel technology and decided to invest early.

– We have clients that have produced tens of thousands of garments for all different divisions in their companies. And suddenly here we are, providing them with something that they are intrigued about. I think having our foot in the door, investing in Coloreel early, is a big thing. We are already playing in another division, Jon says.

The future of embroidery looks bright 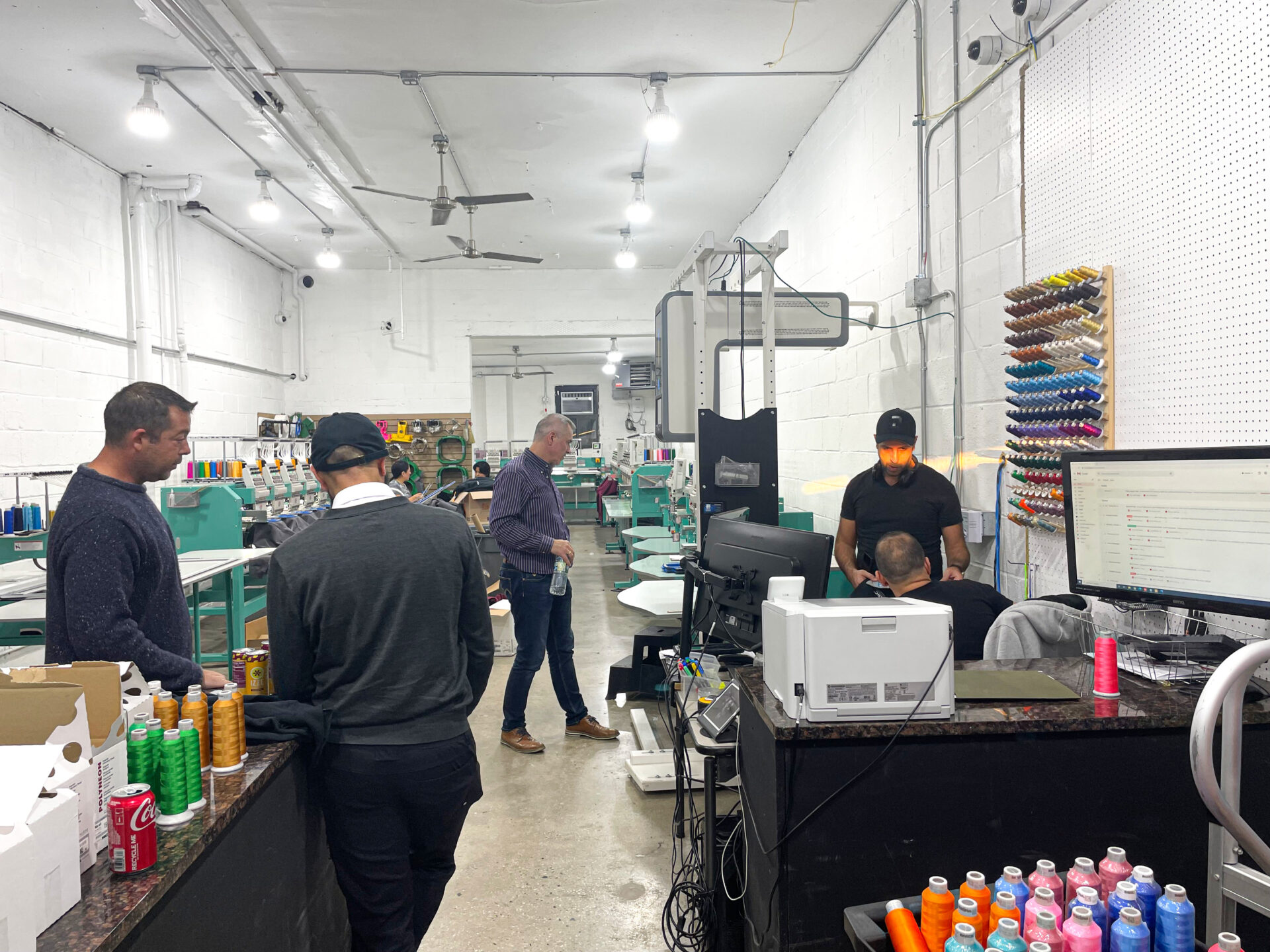 – Coloreel was able to do something that nobody else can do. So I think for the foreseeable future, they've cornered the market into something very special.

Jon has many designs and collaborations on their vision board, wanting to explore the possibilities even further.

– I dream of having control throughout all of our systems, connecting all technology to interact more smoothly and seamlessly, using just one single white polyester thread. I look forward to seeing what Coloreel comes up with next. We are intrigued by how we can scale it, says Jon. 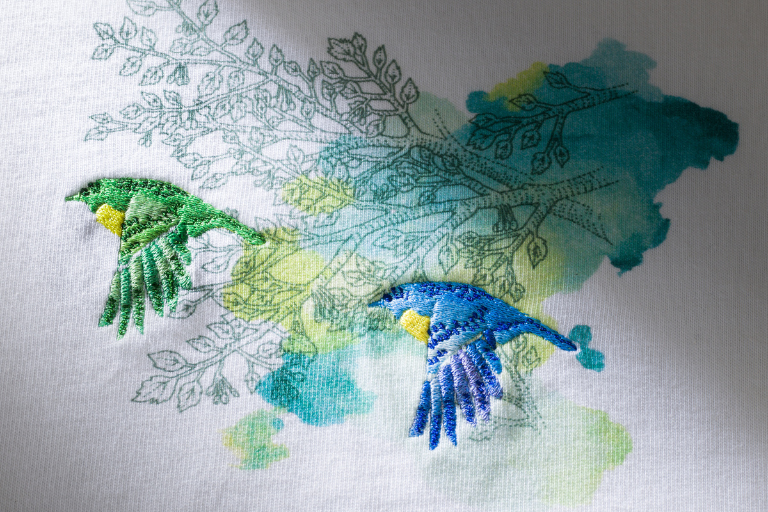 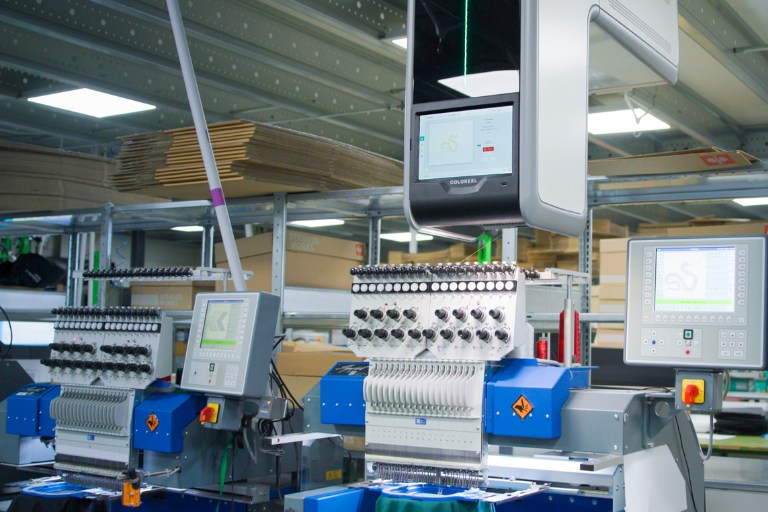 Coloreel is the future for on-demand embroideries

Coloreel visited customer Shirtful at their main production facility in Castrop-Rauxel, Germany where they currently have Coloreel in operation. 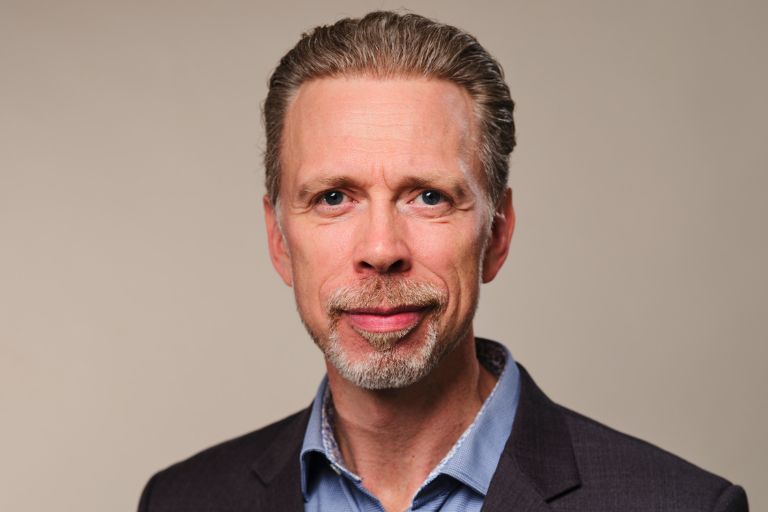 Meet the founder and the innovator of Coloreel

We checked in with Joakim Staberg, the founder, and inventor behind the groundbreaking technology that is now elevating the textile industry to the next level. The journey of Coloreel started many years ago when Joakim had a revelation.